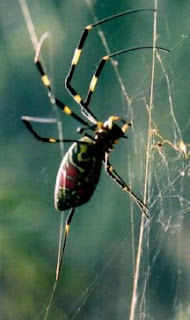 It is reported by The “Times on line” that researchers at Shinshu University have succeeded in creating a silk thread that is stronger, softer and more durable than conventional silk by genetically modifying silkworms with spider genes. It is also reported that a Japanese manufacturer is already experimenting with the thread, and spider socks, stockings and even fishing lines are expected to appear on the market within a few years. The news item claims that the fiber is going to have far reaching consequences in the textile industry: “It is a miracle substance - lighter than feathers, stronger than steel, one of the toughest fibres found in nature. Now scientists in Japan have found a way of harnessing the remarkable power of spiders’ webs to make anything from tights and fishing nets to bulletproof vests”. The genetically modified silkworm caterpillars spin cocoons, 10 per cent of which consist of spider proteins. The team is hopeful to increase the proportion of spider thread material to 50 per cent. The spider used as gene donor is Nephila clavata, the golden orb spider. 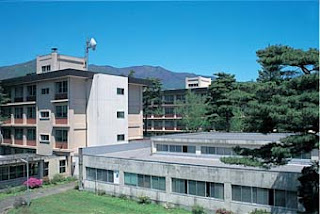 The research team is led by Masao Nakagaki, a professor of insect genetics (Faculty of Textile Science and Technology "Silkworm Genetics and Pathology, Department pf Applied Biology, Shinshu University "). Efforts to harness spider silk were afoot for a number of years through genetically modified goats by extruding it from the udders of female goats. However silkworm is the most apropriate bio reactor for this purpose, given its five thousand years old relation with man and the unique genetic make up of the organism enabling it to be the supplest creature for genetic manipulations. Though the silkworm was heralded as a most important laboratory tool by such veteran genetists as Prof. Y. Tazima, it was yet to be used as one. The creature was named by Carl Linnaeus himself, studied by stalwarts such as Darwin, Pasteur and Malphigi. In fact the ‘Malphigion tubules’ were first identified in silkworms.
Fritz Vollrath, a German zoologist is an authority on ‘nephilia’ silk. In “Discovery” site you can read about his findings on ‘nephilia’ silk properties. (Link: ttp://discovermagazine.com/2001/sep/featbiology/) Also his detailed account on micro scopic analy sis and surface properties of ‘nephilia’ silk can be read from www.blackwell-synergy.com/doi/pdf/10.1046/j.1365-2818.1998.00285.x
A large collection of ‘Nephila’ photographs is available at the site: Photographers direct http://www.photographersdirect.com/stockimages/n/nephila.asp
Stress–strain curves of washed and degummed single-filament silkworm silk and ‘Nephila ‘spider dragline silk are compared to illustrate the extra stress bearing capacity of ‘nephilia’ silk (See the link: http://images.google.co.in/imgres?imgurl=http://www.nature.com/nature/journal/v418/n6899/images/418741a-f2.2.jpg&imgrefurl=http://www.nature.com/nature/journal/v418/n6899/fig_tab/418741a_F2.html&h=621&w=600&sz=72&hl=en&start=10&um=1&tbnid=6CEyhfaSIg4POM:&tbnh=136&tbnw=131&prev=/images%3Fq%3Dsilkworm%26svnum%3D10%26um%3D1%26hl%3Den%26sa%3DN )
Posted by Unknown at 01:15